Rachel Weaver is the author of the novel Point of Direction, which Oprah Magazine named a Top Ten Book to Pick Up Now. Point of Direction was also chosen by the American Booksellers Association as a Top Ten Debut for Spring 2014, by IndieBound as an Indie Next List Pick, by Yoga Journal as one of their Top Five Suggested Summer Reads and recently won the 2015 Willa Cather Award for Fiction. (more about Point ofDirection at www.rachelweaver.net)

Rachel is the recipient of the Robert and Daryl Davis Fellowship in Fiction as well as a Brush Creek Foundation for the Arts residency.

Since 2004, Rachel has been teaching creative writing classes in a variety of settings, and is currently on faculty at Regis University's low residency MFA program and at Lighthouse Writers Workshop in Denver.

Prior to completing her MFA in Writing and Poetics at Naropa University, Rachel worked for the Forest Service in Alaska studying songbirds, raptors, and black bears.

Rachel's work was chosen to represent Naropa University in 2006, 2007, and 2008 in the Harcourt Brace Best New Voices in American Fiction contest.  In 2006, she was awarded the Katie O’Brien Scholarship for Fiction and a position as the Writer-in-Residence at the Footpaths to Creativity Center in Portugal.  In June 2009, Rachel was awarded an honorary mention in the New Millennium Fiction Contest. Her short fiction has appeared in The Gettysburg Review, Blue Mesa Review, Bombay Gin, Inside Passages, Fly Fishing New England, and Alaska Women Speak. 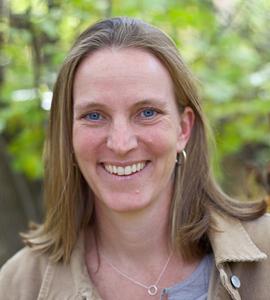